SERVING ALL OF D.C., MARYLAND & VIRGINIA

Wrongful death claims are some of the most emotional legal claims attorneys handle. In these claims, the surviving family members of an individual who was killed due to another’s negligence seek to recover for the damages they have suffered. Wrongful death claims may stem from traffic accidents, medical malpractice, and a variety of other incidents. The DMV LAWYER attorneys know how to effectively handle wrongful death claims while providing the compassionate representation our clients need during these difficult times.

WHAT DAMAGES MAY BE RECOVERED IN A WRONGFUL DEATH LAWSUIT?

In a wrongful death case, there are two sets of damages: those sought by the survivors, and those sought on behalf of the deceased.

Damages on behalf of the deceased include any harm incurred from the moment the incident occurred until death. In a motor vehicle accident, a person may survive for only a few moments, or it may be months until the person succumbs to his or her injuries. Such a difference will have a significant impact on the amount of damages sought. Medical bills, pain and suffering, lost wages, and even funeral and burial expenses are common damages that survivors seek on the deceased’s behalf.

Damages sought by survivors are compensation for the loss of their loved one, and they are mostly aimed at providing the financial support that the deceased would have been able to provide had he or she not been killed. To support these damages claims, economists and other experts are often consulted to estimate how much the deceased would have earned over a lifetime. Some states also recognize a loss of consortium claim, which compensates spouses and other relatives for the loss of the relationship of the deceased.

WHO MAY FILE A WRONGFUL DEATH CLAIM?

WHEN IS A WRONGFUL DEATH CLAIM APPROPRIATE?

Wrongful death claims seek compensation for the death of an individual when that death was caused by the negligence of another person. For example, if a drunk driver hits and kills a pedestrian, the pedestrian’s family may be able to file a wrongful death lawsuit against the drunk driver.

The survivors must then prove there was a breach of this duty, and because of that breach, the deceased was killed. The breach may be failing to properly diagnose an illness, which caused the death. At DMV LAWYER, we understand how to analyze these claims to connect negligence with the death of a loved one. 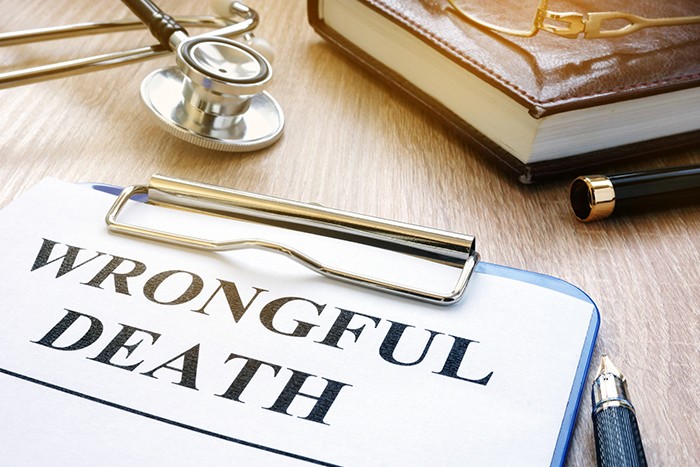